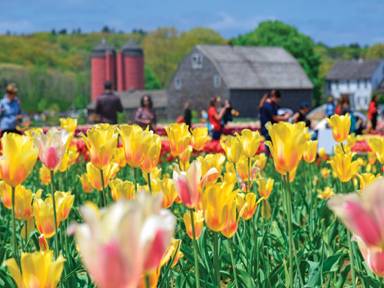 Human life happiness flower, By the fertility of the same soil, nourished by the concentration of water and air, one of those seeds becomes poison and the other nectar. If there are similar conditions of rearing, then how did one poison and another nectar become by eating the same manure or soil-water? Just like how one student from a whole class got a gold medal winner and the other failed, while the gurus who taught them were the same. In fact, the karma of the past is defined as poison-nectar by becoming the seed of destiny in the present.

According to the nature and virtue of karma, the organism is forced to live a future life. If the creation of the present is possible with the result of the past, then the future will be happily constructed in the same proportion by the use of the present. Happiness or sorrow is created by the churning of our thoughts and actions. The spread of good thoughts in the proper direction creates an environment of joy, while negative use of the same ideas in the wrong direction can destroy all kinds of sorrows, tribulations and plagues by destroying the palace of happiness. Intentional conspiracies or conspiracies that are created for someone else, they indirectly undertake to immerse themselves in the vortex of conspiracies.

One cannot imagine flowers of happiness by planting thorns in one’s life. Flowers of happiness can be blossomed from pure manure and water in a flowering bed. Before thinking of anything negative, try putting yourself in its place. This rare human life is found after wandering in eighty-four million yonies, not on the path of Kuchintan, day by day, to lose the rare life stuck in the circle of court-courtesans by writing and speaking anonymously.