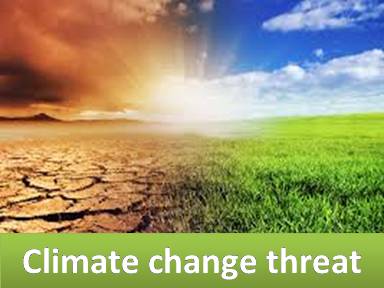 An increase in carbon dioxide levels in the Mukul Vyasa universe may affect children’s intellectual abilities. Researchers at the University of Colorado, USA have gathered evidence for this. According to him, increasing levels of carbon dioxide in the atmosphere may weaken children’s ability to understand and think in the future.

Earlier studies also emerged that more than normal dioxide can affect children’s ability to think. Now researchers have tried to find out how the increased level of carbon dioxide in the atmosphere affects a child’s learning within a classroom. Previous studies had shown that pollution causes problems for children to learn, but this problem can be overcome to a large extent by opening windows to clean air.

Madagascar forests may end due to climate change

In this new study, researchers have focused on what will happen when there is more carbon dioxide in the air than usual. To understand this, they conceived two scenarios in one model. In the first scenario, humans cut carbon dioxide emissions in the atmosphere and in the second scenario no cuts. In the first scenario, the researchers found that children’s ability to learn and understand would decrease by 25 percent by the year 2100, because despite the reduction in emissions, students would have to add more carbon dioxide than normal.

In the second scenario with no reductions in carbon dioxide emissions, children’s intellectual capacity is expected to be reduced by up to 50 percent. Researchers say this is the first study about the effects of air containing carbon dioxide in more than usual amounts. He said that this problem can be tackled by eliminating emissions. Meanwhile, there have been suggestions to adopt CCS (Carbon Capture and Storage) technology of carbon storage to reduce carbon dioxide emissions. Only two dozen CCS projects have been started in the world.

This is due to the high cost as well as uncertainty about the usefulness of the technique, but researchers say that wells (injection wells) can be built for the storage of carbon dioxide in rocks in a very short time. This allows the targets set by the IPCC to be achieved. The IPCC has set a target of 13 percent reduction in carbon emissions by the year 2050 through CCS technology in the world. Now it will be seen how much effort the world makes towards achieving this goal.

One thought on “Climate change threat”