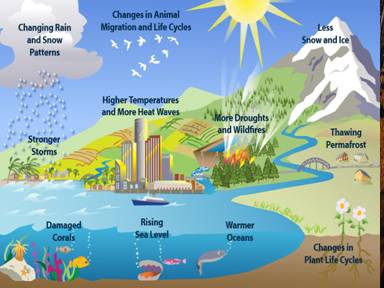 Genetic changes in humans due to changes in environment. Environmental factors such as pollution affect human health, immunological behavior, and the genome of ecosystems. In this process, many physical, chemical or biological agents cause genetic mutations to emerge. These agents, responsible for such genetic changes, are called mutagen, which are known to give rise to diseases such as cancer. Agents such as chemical elements, ultraviolet or X-ray radiation are some examples of mutagen.

Churning the life of human actions

Dr. Birajalakshmi Das, Secretary, Bhabha Atomic Research Center, Mumbai, said at the 44th annual conference of EMSI at the Indian Institute of Toxicology (IITR) in Lucknow, “In most cases it is considered a challenge to determine the underlying reasons behind such changes.” is. However, it is clear that environmental changes can adversely affect humans as well as flora and other organisms. Therefore, it is necessary to ensure the safe use and disposal of chemical agents. ‘

Present on this occasion, Dr. K.B., former Director of Bhabha Atomic Research Center and President of the Environmental Mutagen Society of India. Sainis stated that the development of effective high-throughput techniques of genetic testing is necessary to detect the potential of mutagens responsible for genetic conversions. This allows biological testing of the elements.

If you want to avoid obesity, then eat breakfast

Brainstorm on the dangers associated with changes

IITR director Professor Alok Dhawan said that in addition to the mutagen society, societies from Iran and the United Kingdom are also participating in this three-day conference. Considering the contribution made by the scientists of this institute to environmental safety, it is the most suitable place to host the conference of EMSI. Scientific presentations were also made on topics related to human health hazards due to environmental changes, genetic toxicology, nano-genotoxicity and DNA damage and repair. Posters were also presented by scientists on this occasion.