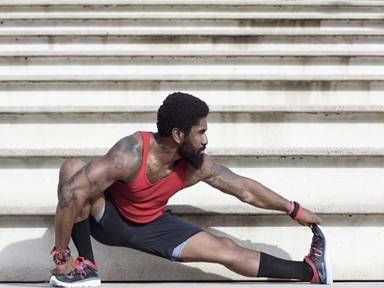 Mental health can be improved by exercising, Regular exercise is necessary for a healthy body and mind. It can also prevent many health problems. Now a new study found that exercising brings happiness. As a result, mental health can also be better.

According to researchers at Oxford and Yale Universities, people exercising daily are happier than those who do not exercise. This conclusion has been drawn on the basis of a survey conducted on about 1.2 million people. The study also found that 30 to 60 minutes of exercise three times a week has an effect on happiness levels. The effect of income on happiness levels has also been found. People earning more income can be as happy as the person who exercises. Researchers said that exercising not only benefits mental health but also keeps our entire body healthy and diseases also do not easily hold the body.

Meditation can be related to specific changes in the brain

One study has shown that people usually feel healthy with meditation. This practice of meditation can be related to specific changes in the brain. According to the study published in the Journal of Brain and Cognition, the effects of the Transcendental Meditation (TM) method were tested. In this method, sitting with closed eyes and meditating, long breaths are taken. Researchers from Italy’s IMT School for Advanced Studies selected 34 healthy participants for this study. These were divided into two groups and one group was asked to do 20–20 minutes of TM every morning and evening. No change was found in the second group who did not TM. Whereas the level of stress and anxiety associated with a change in the brain of the participants doing TM was found.