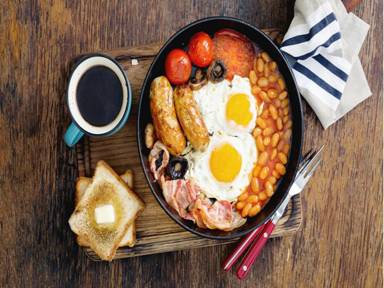 The new benefit of morning breakfast has emerged in the prevention of obesity. A new study has found that eating more breakfast in the morning instead of eating more at night can prevent obesity and high blood sugar. This way can not only reduce weight but can also prevent metabolic diseases like diabetes. According to the researchers, the findings were based on a study conducted on 16 men. They were given a low calorie breakfast in the morning and a high calorie diet at night for three days. Then the diet was given in contrast for three days. Researcher Julian Richter of the University of Lübeck, Germany, said, “If you want to lose weight and protect yourself from metabolic diseases, then we recommend that people with obesity should eat breakfast in the morning.”

Best way to get respect

Moisturizer does not protect infants from eczema

Researchers say that applying moisturizer to infants daily cannot prevent eczema. Eczema is a common skin problem and affects every fifth child. Researcher Havel Williams of Nottingham University, UK, said, ‘Much progress has been made in recent years towards the treatment of severe eczema, but there is no effective way to prevent this problem initially.’ Based on a study carried out. These infants were placed in two groups. The infants of the first group were advised to apply moisturizer for one year and not the second. The study found no evidence that applying moisturizer daily can prevent eczema.

Meaning of the organization