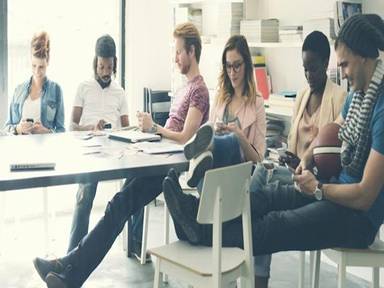 Society would be away from meaningful communication. A democratic society is based on dialogue and develops from exchange of ideas. He ends the differences on the basis of logic and logic and reaches a decision and executes it. From the Vedic assembly-committees to the Constituent Assembly of India, hundreds of examples are scattered in which there is discussion, logical debate, but there is also the achievement of arriving at a meaningful decision while mitigating the protests. In fact, logic is used by Indian society to break the veil of fact and knowledge. The cover of illusion and ignorance is broken, only logic is needed for this. In the name of debate, sophistry, undeserved lewdness, character abuses can never be justified. Dialogue is dignified only when it runs on logical grounds. We must always remember the meaning of the inscribed verses in the Parliament of India. The meaning of that verse is not to enter any assembly either. If you do, speak in a coordinated and appropriate manner. A person who is silent or speaking inappropriate in a meeting is a sinner.

What is the experiment?

Indian history shows that whenever rationalism is at its peak, a knowledge system based on a little intellectualism becomes the basis of society. The best society has also been defeated by this. Hence dialogue has to be taken as a value in a democratic system. One has to accept the conclusions drawn from the dialogue even against faith. For this, the prevailing procedure in India also accepts the rationalists like Shankaracharya. Shankaracharya used to say that religion is not a gross thing, but a very subtle idea. Therefore, there should be discussion sessions to understand its origins, but the discussion is not in a crowd but in groups. There may be chaos in the crowd, not a sense of truth. Realization of the truth also demands consistency with our thoughts. Gandhiji is an example of this. He did not hesitate to dismiss his views as well. The decision taken in that direction is beneficial for the people, in front of the people, in front of them. There have been many occasions inside India when there have been differences on the level of life behavior, on the level of governance. The vote has been divided, but there are also examples of intellectual diligence of sophistication, while moving towards mass consensus and accepting the built up system while sacrificing our egoism in front of the greatest interests of the nation. The people of India have been doing the same on the disaster. A divided mind can destroy the group consciousness of any nation. It is necessary to have opposition, but it is dangerous to remain opposed. One way of mitigating the protest is to eliminate the barriers standing in front of the system established by way of request. There is a collective effort in the country to provoke the divided people and push the agitated groups towards chaos. It seems that India is on the verge of fragmentation in the village-city again.

It is the strength of Indian society that it removes differences and moves towards the goal of becoming one, but today this publicly accepted system is disappearing. As a result, small differences are taking frightening form. Small differences are forming a society of pieces. In such a situation, we need to remember that the language of any group and its thought system i.e. coming together, sitting together, expressing ideas, discussing ideological distinctions and during discussion, with full sensitivity and sensibility on the basis of tact, realization of the other. To adopt is to be progressive. This can be seen in the context of Gargi and Yajnavalkya in the history of India, with reference to Janaka and Ashtavakra. This distinction is also reflected in the dialogues of Kumaril and Shankaracharya, in the dialogues of Shankaracharya and Mandan Mishra. It also resonates in the dialogue of Savarkar and Gandhi, the dialogue of Subhash and Gandhi.

In spite of differences, the process of thinking in India is the discipline of accepting the realization of each other for our country and society and moving forward by creating dialogue. India is a land of ideological truth, but it is still weakening. There are claims and insistence on making the claims true. In such insistence, the last person of the society will disappear from the eyes. To be freed from this naturally requires wisdom, not intelligence, and it is the duty of the wise to unravel the shattered dialogue formulas, sort out the opposite thoughts, and convert the noise produced in the midst of this chaos into a very patient tone. . The vowels are seven, different, but create music. Differentiation is mutual complementarity. This is the specialty of the land of India.

Shastraartha is only on a base land. For India, this is the basis of the constitution, constitutional laws, which include all possibilities of treatment. If there is any disease in the body of India, then its non-violent treatment is possible. That is why Buddha called himself the greatest physician, because he developed such a system of thought which is based on compassion and morality, to overcome the suffering of the society. Today’s noisy environment is expecting music to be harmonized between different tones and this music can only be played by the people of India.