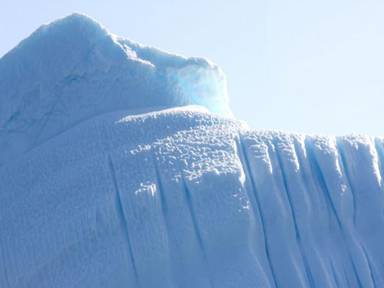 Snow melts on the rivers soon, Due to climate change, there are frequent melting of glaciers. Researchers have done many studies on the effects on glaciers and the rate of ice melting, etc. But, for the first time, the effects of climate change on the freezing ice in rivers have been studied.

Researchers have reported that with the increase in global temperature by one percent, the ice that accumulates in rivers each year will melt six days in advance. Along with its environmental impact, economic effects will also be seen. This study has been published in the journal Nature. Xiao Yang, a postdoctoral scholar at North Carolina University in the United States, said, “We have studied about 40,000 photographs collected by satellite for 34 years to measure the world’s seasonal seasonal freezing rivers.” During this time it was found that 56 percent of all rivers freeze in winter. ”He said that the snow fall in the rivers has been found to be declining. Researchers also looked at changes in river ice cover in the past and modeled projected changes for the future. Researchers, comparing the frozen ice in rivers in 1984–1994 and 2008–2018, found that the global decline in ice freeze increased from 0.3 percent to 4.3 percent.

Increase in bird migration due to climate change

The largest declines were found in the Tibetan Plateau, Eastern Europe and Alaska. Researchers found that the decline in river ice freezing is likely to continue with global warming.

Researchers have compared the snow fall of rivers between 2009–2029 and 2080–2100 using future models. The results show that the Northern Hemisphere saw a 9–15 percent drop in the winter months and a 12–68 percent drop in the spring. The Rocky Mountains, North East America, Eastern Europe and the Tibetan Plateau are most prone to fall. Researchers said that this study shows how our planet will change due to climate change.

8 thoughts on “Snow melts on the rivers soon”