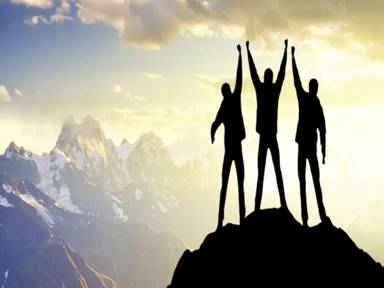 Human can be successful by testing his talent. Every human has certain characteristics. Two types of people are found in the world, first those who are known about their talent. Others who remain ignorant of what they are made for. The situation of the first class is better than the second class. Since everyone works hard, but those who know about their talent work in the direction that leads them to a certain path. Those people who do not know in which field they have the skills to work, then they waste their time and labor.

A person should introspect before determining his future in life. No one in the world knows us as much as we know ourselves. The important thing is that human beings get influenced by others very quickly. If he sees a successful person in any other field then his material prosperity, splendor, pleasure etc. attracts him to that field and he sets out to find his future in that field. At this moment he does not even ask himself whether the work in that field is favorable to him or not? It is possible that he could do better than that, but this will happen when he tries to understand his personality instead of being attracted to others. He will move in that direction by bringing out his inner talents.

All the successful human beings have been able to identify their skills in due course of time. In such a situation, it is necessary that we identify our talent and engage in the task of making our field of interest the basis of the future. We will work hard in the direction of the field that we deserve, so it will not take time to change our condition.

3 thoughts on “Human can be successful by testing his talent”