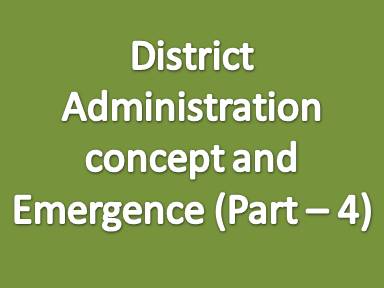 1. In the British era, how was the District Collector more powerful than the present day Collector?

4. Correct statement about the Collector

5. The District Collector of India has to perform many duties and responsibilities.

7. Functions of District Officer as a Collector

10. The structure of district administration is organized into a philanthropic act.

12. Three levels of officers of District Administration are found, fall under the first level.

14. What was the lacchina pattern done by the then Collector of Ahmednagar in 1984?