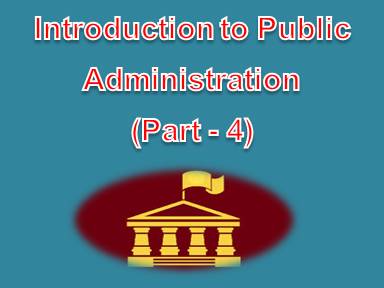 41. In which phase of the development order of public administration, the principles of organization were challenged by calling them ‘people’ – third phase.

45. Who said that the distinction between administration and management is misleading and false – Fayol

48. Which sector is not given priority in globalization – in private sector

50. Today there is a need to understand the difference between public and private – in terms of complementarity between the two sectors in relation to social management.

52. Public administration was established as an important subject because – public problems increased.

53. “Administration will vary from region to region according to content.” What does this statement explain – the integrated approach to administration

55. “Administration will vary from one area to another according to content.” What does this statement explain – the integrated approach to administration

59. In the concept of administrative purpose ‘Lok’, ‘Lokpan’ was influenced by the Second Minnobrook Conference (1988) – as an effect on society.