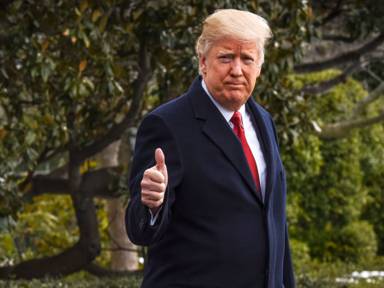 The United States has a presidential system of governance. The president here is a real and a nominal executive. The member of the Council of Ministers is not powerful but can be appointed and freed by him. The political executive of the United States has two parts – the President and the Cabinet. The president is the chief and the cabinet is his assistant. Being the President of the United States, he also becomes the world’s special leader. The executive powers of the President of America are infinite. He determines the foreign policy of the country and represents the country abroad. In the event of an emergency, he becomes the lord of infinite powers.

At the Philadelphia Conference of 1787 AD, the power and position of the chief executive differed. Whether the dynasty is traditional or elected officials, direct or indirect elections, whether or not the advisory council should be kept, the main executive should be made subordinate to the administrator, etc. Other questions become the subject of serious debate. A power-rich presidency was established by various constitutional provisions to be a coordinated form of power, unity, stability, accountability and public support.

The presidency was assigned so much establishment, power, and influence that was in line with the reputation of Washington. George Washington is regarded as a great man of the United States. Over the years, many national and international officials, the personality of the office bearers, scientific and technological development and the power of the Congress have given power to the President.

Functions of the Staff Agencies

In the words of Ogg, “America’s President has become the greatest ruler in the world”
According to Munro, “So far in a democracy, no person has used as much power as the President of America does.”