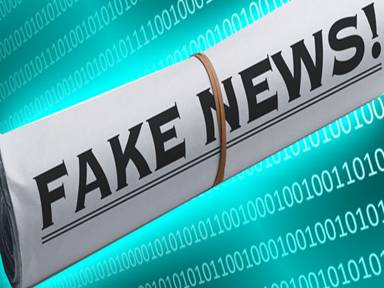 The new device will curb fake news, In order to curb fake news circulating on social media, researchers have designed a new tool equipped with Artificial Intelligence (AI), which looks at the news of news media (TV, newspaper, social media etc.). Can be judged whether the facts of the news are true or false. Researchers say that this tool can also be used to factually correct news in media institutions.

Method of studying student behavior in the adolescent stage

The device has been developed by researchers at the University of Waterloo in Canada, which investigates the veracity of news with the help of deep-learning AI algorithms. Alexander Wong, a professor at the University of Waterloo and researcher of the study, said, “If the news or story writer is neutral, it makes it less likely that it is fake.” But many times the writer is unable to pay attention to his facts and sends the news or story to be published or broadcast. In such a situation the new device can play the role of a gatekeeper. It has the capability that it can infer the truth of the news after reading it and prevent it from moving forward if not factually substantiated. ‘This study, in Conference on Neural Information Processing Systems, held in Canada were presented. The researchers said that the purpose of creating this tool is to stop the spread of online posts and news that are designed to deceive or confuse readers. People usually resort to fake news for political or economic gain.

The new system is automated: Researchers said, “The new AI system is fully automated and can easily detect 90 percent of false news.” He said that many times the same news is used in different news media for different data. When published and broadcast together, it is difficult to decide which news data is correct. In such a situation, the new instrument can be a benchmark.