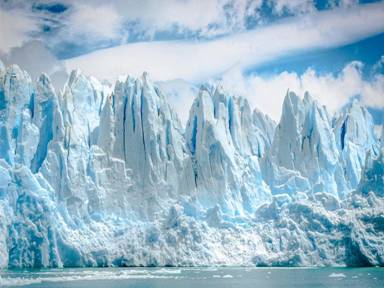 The danger of disappearance of many glaciers in 10 years. The remaining glaciers in the tropical region between the Himalayas in the north and the Andes mountain range in the south may disappear in the next 10 years or so due to climate change. Researchers have claimed this in a study warning against the dangers of global warming. Researchers at Ohia State University in the United States said, “The first extinct glaciers may have been from Indonesia’s Papua province.” This will be a warning to large glaciers around the world. ‘

The study, published in the PNAS journal, reported that the melting of glaciers in the western part of New Guinea increased sharply due to El Niño in 2015–2016. Researchers report that El Niño is a phenomenon that causes tropical ocean water and atmospheric temperatures to heat up. Although it is a natural climate process, it has been increased by global warming. According to the researchers, “New Guinea’s glaciers will disappear in the next 10 years. The strongest El Nino is likely during this time. ‘

Similarities between Public and Private Administration

Co-author of this study: Lonnie Thompson said, “There are also possibilities that other tropical glaciers (Kilimanjaro of Tanzania and Quelcaya of Peru) will also be seen to have an impact.” He said that Papua and Indonesia’s glaciers are an indicator for the whole world, which will tell which threat the world is going to face.

Ice melting rate has increased: Researchers have been monitoring glaciers since 2010 for this study. He says that although the melting of glaciers started 150 years ago, the rate of ice melting has increased in the last few decades. Thompson and his research team found during the study that glaciers’ ice was melting at the rate of one meter per year and that the surface of glaciers had shrunk by 75 percent between 2010 and 2018. Need to work together

This study warns that the global glacier melting is causing sea levels to rise steadily, increasing sea water warming as well as the possibility of intense storms. Researchers said that we need to work together to avoid the dangers of climate change. These threats can be reduced to a great extent by taking effective measures instead of wasting time in discussion etc.
Researchers predict that Indonesia’s glaciers may first be extinct. The file