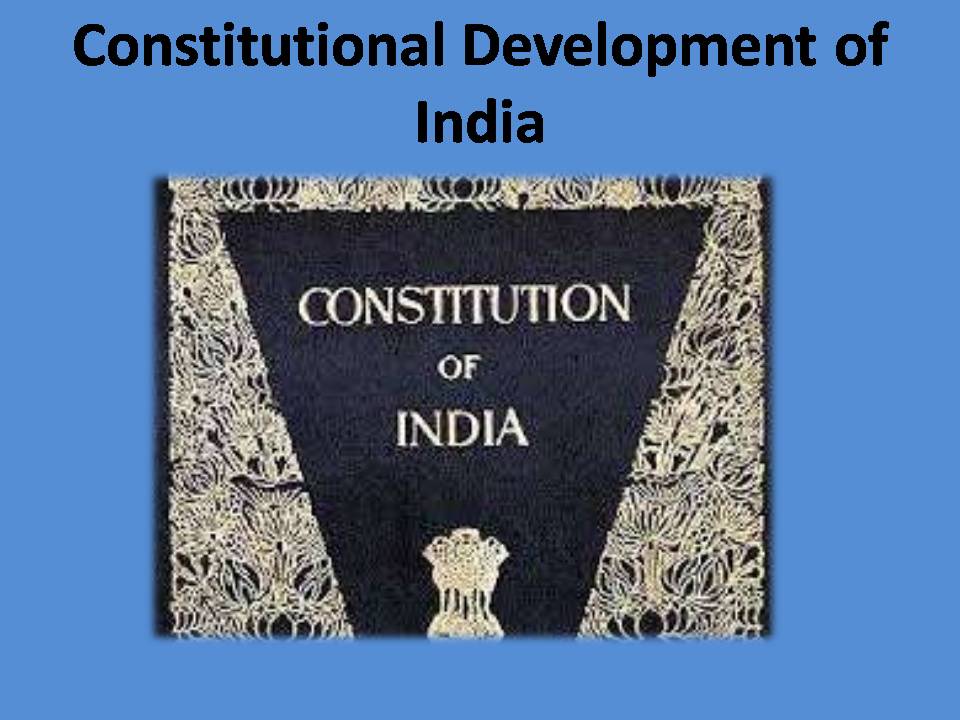 The major events of the changes in the constitution during British rule (which provided the legal basis for the functioning and organization of administration in British-ruled India) are given below in chronological order.

This was the first step taken by the British government to control and regulate the actions of The East India Company in India. As a result, the foundation of central administration lay in the following three contexts.

After the victory of the Battle of Plassey in 1757 AD and the Battle of Buxar in 1764 AD by the British, the British East India Company took control of Bengal. In order to keep this rule favorable to them, the British passed several Acts from time to time, which became the steps of the development of the Indian Constitution. They are

Regulating Act of 1773 AD this act has immense constitutional importance; like

Features of Regulating Act of 1773 AD:

The Regulating Act was passed in 1773 AD on the report of a Gupta Committee set up in 1772 AD to report on the damage done to the company due to the wrong tendencies of the employees of The East India Company, the main provisions of which were

Act of Settlement, 1781 AD: – Provision of this Act was made to overcome the shortcomings of the Regulatory Act. According to this act, the Government of Calcutta was also authorized to make laws for Bengal, Bihar and Orissa.

4 thoughts on “Constitutional Development of India”